During the days before people knew what Covid meant, I used to travel to work by train. It took me roughly around 50 minutes to arrive at my final destination given there weren't any closures or delays (of which there were plenty). As I had time to freely use my phone on the train and I decided set a goal for myself, that goal was to study Chinese on Duolingo for at least a year. 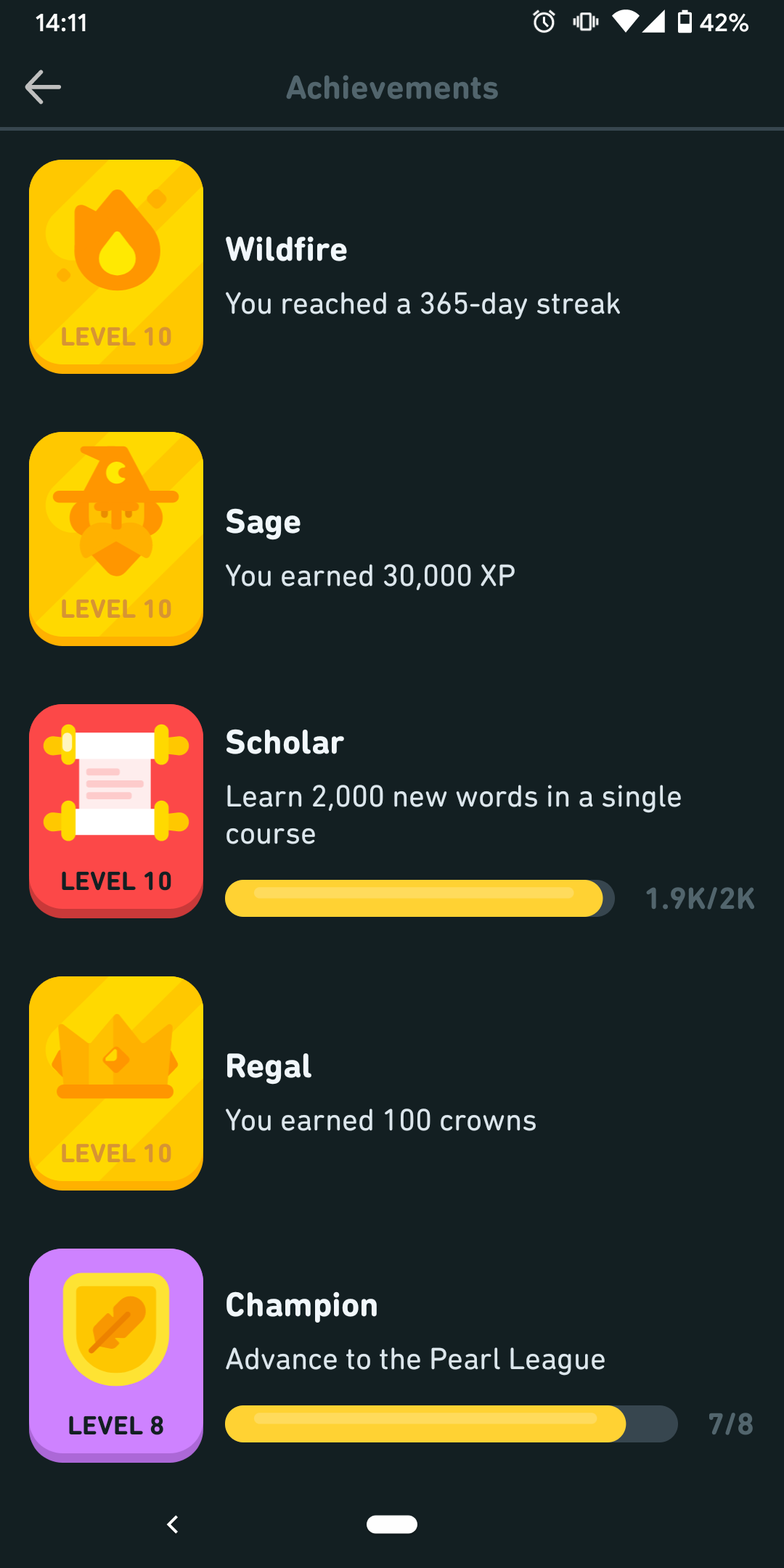 As you can see from the screeshot above I was able to accomplish my goal, but what did I learn from my experiences?

Am I fluent in Chiense yet?

No, but I found practicing everyday reinforced what I already knew and helped me with my pronunciation and my ability to distinguish more Chinese words.

Did I miss a day?

Yes on one or two occasions, but I recall that I tried to put in the time everyday even to my annoyance with the constant notification and email reminders.

Did I just study English->Chinese?

No, I also tried Chinese->English which I found is another good way to learn a language is to learn it in reverse.

During the start I found it easy to have motivation to use the app, but as time passed on there were days I used the app just to keep pushing my day streak. This is a situation upon reflection I don't want to get caught up in again. The reason for this is because I would find myself not paying attention to the subject matter, I started seeing patterns. I would work out what to pick through the process of elimination because I knew most of the other words and when it came to entering sentences I would first get it wrong and then memorise the answer. As a result I never retained what I had learnt and I would soon forget.

This is why in my opinion other methods of studying that allow you to focus and spend more time studying a language would probably been more beneficial for learning and retaining what I had learnt. This is not to say Duolingo is not a useful app, because it is and a fun one at that. I found for someone like me though, who wants to become more fluent, it's not a tool to use on it's own. I would of used it in conjunction with flash card apps and other methods of learning a language.

In summary Duolingo is a useful tool and can help you practice your language learning, but in my opinion I should of not paid too much attention to the achievements as it distracted me from focusing on what I wanted to gain out of the app which was to become more fluent in Chinese. If you take learning a lanugage seriously then I feel it should be used as more of a tool to assit in keeping your chosen language fresh in your head. I still use the app every now and again, but I try not to get caught up having to use it to push my achievements just for achievements sake.